With the coronavirus now a global pandemic, containing its rampant spread relies on every single individual playing a role, often in different ways. While some stay at home to protect themselves and others from infection, others are making sacrifices by going to work while under strict safety precautions, to keep the supply of necessities flowing to the public. But there also individuals who are privately and voluntarily supporting their communities even if it is by merely performing small acts in these difficult times. Song Chong, a member of Baoli sales team, is one of these people. He lives in Wuhan, the epicenter of COVID-19. 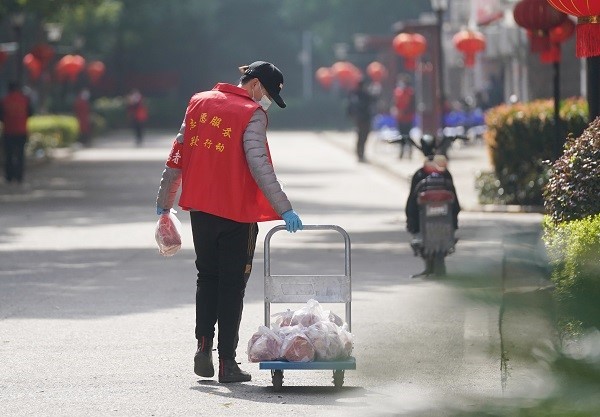 "The crisis caught us all by surprise"

It was January 23 when local authorities in Wuhan finally imposed a curfew since leaving your home meant risking infection.

"Baoli's employees began working from home. The crisis came very suddenly and caught us all off guard. School children suddenly had online lessons, though many families had no printers. A neighbor asked me to print out school materials for his family and I left the printed documents on his doorstep," Song Chong explains. Slowly but surely, neighbors created WeChat forums to exchange information and help each one another.

"Everyone should do what they can to help"

As the situation grew darker with each passing day, the authorities began to officially monitor whether citizens were observing the curfew. Only individuals shopping for others were exempt from the restrictions. Then a citywide call came for volunteers to help supply neighborhoods with necessities. Song decided to join in and buy food and medicine for the elderly and other at-risk groups. "I think in a crisis like this, everyone must do their part. I decided to run errands for people who were most at risk so that they would not have to leave their homes," Song said.

In cooperation with local authorities and using online shopping, joint purchases were made and the goods then distributed to the neighbors. Song explains his involvement: "Using chat forums, we regularly coordinated and organized purchases online and a group was responsible for picking up the goods so that we could then distribute them to the individual households.” His team consisted of about ten people, who were responsible for roughly 3,000 households. And this was going on almost around the clock with a late shift working from 4 in the afternoon until midnight. "Some of our senior citizens were unable to use smartphones so we simply guessed what their needs might be and left deliveries on their doorsteps."

"My contribution was relatively small"

When he considers his role in comparison to the various medical staffs and his KION colleagues, Song is rather modest. "I think my contribution was relatively small. After all, many colleagues in Customer Service at Linde Material Handling and Baoli continued to work under the risk of infection,” he notes, adding, “They help customers across the country to deliver agricultural products to Wuhan and secure supplies for 15 million people. And during the construction of the new Huoshenshan clinic in Wuhan, many KION colleagues were on site.”

The citizens of Wuhan are now slowly returning to their daily routines, and Song is also going back to work. "But it will be a long time before our lives are the way they were before the crisis," he says, knowing this is true for both China and the rest of the world, but he doesn't let that get him down.